Somfy RTS devices in FHEM with the RFXtrx433E

RTS (Radio Technology Somfy) is the protocol used by some (but not all) Somfy motorized blinds. It is supported by  some propriatory home automation controlers such as the « Somfy box », zibase, and HomeWizard. 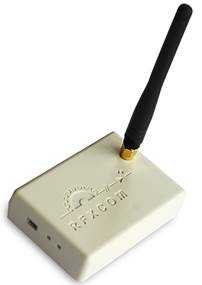 The new RFXtrx433E supports the RTS protocol in firmware (in writing mode only).

As far as I know, it is the first RTS controler usable on open home automation systems. RTS has been reverse-engineered recently, (see note 1)

It comes with support for the Domoticz software, which allowed me to test the solution before trying it in FHEM.

FHEM and the RTS protocol

The protocol is called RFY in the RFCOM SDK for whatever reason. It is supported in write mode only for security reasons (so you cannot open the neighbors’ blinds sniffing their remotes’ codes).

Support for this is included in the official FHEM code (module 46_TRX_LIGHT). All feedbacks are welcome.

To define the blinds, you must first choose a device ID (4 bytes) composed :

In order to make it work with the blinds, you need to associate it using the following procedure :

The « My » feature from the original command works fine with this software remote (stop command = « My » button). The only thing is you have to define the favorite position using the original remote (Once the desired intermediate position is reached, press and hold

(STOP) until the window covering jogs.)
It is only the matter of a word in the code to define a set-MY command in order to be  able to set this position with FHEM because it is in the RFXCOM SDK. I do not know if it is desirable because in the SDK it is recommanded not to define the « advanced » commands which allow to setup a blind (probably because you may cause injury to the motor, but that’s not the case with this command) 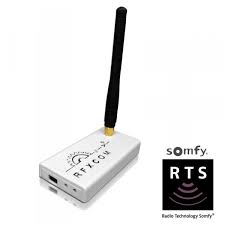